On October 5, 2016, the EDP Foundation will officially open the Museum of Art, Architecture and Technology (MAAT) on the Tagus River in Belém, Lisbon. A 12-hour public program will feature exhibition openings, educational events, performances and music.

Housed within two buildings and spanning a vast outdoor site, MAAT will explore contemporary culture through:

It will comprise the elegant new art gallery, which the architecture firm AL_A designed, and the recently renovated Central Tejo power station. The new museum complex is located on the EDP Foundation Campus, which is at the center of urban revitalization along one of Lisbon’s most historic waterfronts.

AL_A’s new art gallery, which contains four distinct spaces, captures the essence of the exceptional 38,000 m2 riverside site and its extraordinary light. Blending structure into landscape and conceived to create significant new public spaces, it is designed to allow visitors to walk over and under as well as through the building. The undulating roof offers panoramic views towards the river and across Belém. The building creates a constantly changing place filled with aquatic reflections that interplay with the overhanging façade covered in 15,000 three-dimensional tiles, a reference to Portugal’s rich tradition of ceramics.

The new art gallery will launch in two phases. Following its inauguration this month, the second phase is set to launch in March 2017 with the opening of an elegant pedestrian bridge, which AL_A also designed. The bridge lands on the gallery roof, making the campus and waterfront more accessible to the city. The completion of the architectural project will also include the opening of a restaurant, as well as a park that Vladimir Djurovic Landscape Architecture designed.

To celebrate the official opening of MAAT, the museum will present its first site-specific commission addressing the dual theme of Utopia/Dystopia. At nearly 1000 m2, Pynchon Park will occupy the new  central Oval Gallery and is the third large-scale environment created by artist Dominique Gonzalez-Foerster, following TH.2058 at Tate Modern (London, 2018) and Ballard Garden at De Singel (Antwerp, 2014). Bringing together media, literature and dystopia, the artist offers a fictional setting in which an extra-terrestrial has taken over the world and designed a park as a place to see human behavior under the best possible conditions.

The second part of the Utopia/Dystopia exhibition project will open in March 2017 to coincide with the completion of the MAAT site. Installed in the three remaining exhibition galleries in the new space, Utopia/Dystopia Part II will be a large group show featuring more than 60 works by a range of international artists and architects. The show will show how the two fields have represented ideas of utopia, or anticipated emerging notions of dystopia, since the 1970s, with a strong focus on work produced over the last 5 years.

The inaugural program also includes the opening of two new exhibitions in addition to Dominique Gonzalez-Foerster’s Pynchon Park. In its Central Tejo building, MAAT will present The World of Charles and Ray Eames, organized in partnership with Barbican Centre in London. Coinciding with the opening of MAAT, the city-wide 4th Lisbon Architecture Triennale will present one of its main exhibitions, The Form of Form, in the power station’s courtyard.

The new exhibitions at MAAT Central Tejo will join Second Nature, which draws on research into the archive of the EDP Foundation Art Collection, considering current debates on the natural world and its representations. In the monumental Boiler Room, Artists’ Film International represents the 2016 iteration of the program dedicated to exhibiting videos, films and animations from artists around the world, launched in 2008 by the Whitechapel Gallery in London. The London-based Portuguese photographer Edgar Martins takes over the Astray 8, also in MAAT Central, to present Siloquies and Soliloquies on Death, Life and Other Interludes, the result of a long period of research at the Institute of Forensic Medicine in Lisbon.

Post Your Love Letter to the Arts, and Feature Art News on Artsphoria Magazine

Would you like share your thoughts about this new museum design or a love letter to the arts? Would you like to feature your art news on Artsphoria Magazine? Email andrea@artsphoria.com now! 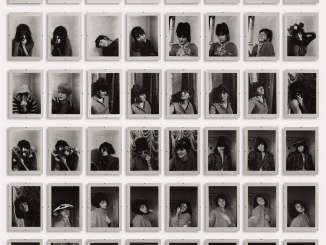 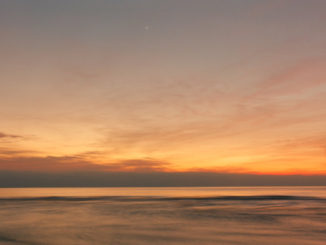 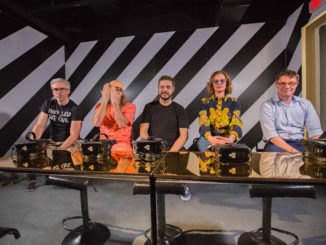