This Hauser & Worth online exhibition follows Party’s recent, acclaimed “Sottobosco,” which opened at the gallery’s Los Angeles space this past February. In contrast to the lush paintings and sculptures that created an atmosphere of a dense, richly alive forest floor, the works in “Canopy’ find Party looking upward to an alternative natural space – to the canopy of treetops – where light and air expand. His new series of 11 atmospheric landscapes, all created by the artist while quarantined in upstate New York, embrace watercolor’s intimacy, fluidity, and animate qualities. Here, Party resynthesizes the genre of landscape painting, expressly drawing inspiration from the original use of watercolor in landscapes by Charles Burchfield, George Grosz, Georgia O’Keeffe, and William Turner.

In his latest watercolor paintings for “Canopy,” abstracted, transitional forms invite viewers to consider the relevance of the landscape painting genre in a contemporary context, in a moment where the wonder of nature also provokes complex associations. “Throughout history, trees have been present in so many stories, legends, and religions,” says Party. “They are one of the most important elements in human culture. Today, they are also one of the primary reminders of our fears and anxieties for the future. How many trees are being painted today? And how many trees are burning?”

Party’s distinctive vision of the natural world derives equally from his relationship to the art historical canon and his childhood explorations in Switzerland, which instilled within him a deep love of nature’s endless arrays of color, pattern, and form. Recalling his early experiences in the outdoors as they relate to the expansive effects of his new watercolors in “Canopy,” he observed, “One of the first things that you draw as a child are trees. The unsteady lines on the paper find a structure in the form of a tree. A line topped with a circle structures the page, creates a space, shows us where the sky is and where the ground… Trees are nature’s alphabets. The infinite flexibility of the visual language of the tree makes its execution endlessly playful.”

Party will follow “Canopy” with a commission from RxArt to create a 207-foot-long mural for the Children’s Hospital of Los Angeles, and a major survey exhibition at MASI Lugano is forthcoming.

About the artist
Born in Lausanne in 1980, Nicolas Party is a figurative painter who has achieved critical admiration for his familiar yet unsettling landscapes, portraits, and still lifes that simultaneously celebrate and challenge conventions of representational painting. His works are primarily created in soft pastel, an idiosyncratic choice of medium in the 21st-century, and one that allows for exceptional degrees of intensity and fluidity in his depictions of objects both natural and manmade. Transforming these objects into abstracted, biomorphic shapes, Party suggests deeper connections and meanings. His unique visual language has coalesced in a universe of fantastical characters and motifs where perspective is heightened and skewed to uncanny effect.

In addition to paintings, Party creates public murals, pietra dura, ceramics, installation works, and sculptures, including painted busts and body parts that allude to the famous fragments of ancient Greece and Rome. His brightly-colored androgynous figures vary in scale from the handheld to the monumental, and are displayed on tromp l’oeil marble plinths of differing heights that upend conventional perspective. Party’s early interest in graffiti and murals – his projects in this arena have included major commissions for the Dallas Museum of Art and the Hammer Museum in Los Angeles – has led to a particular approach to the installation and presentation of his work. He routinely deploys color and makes architectural interventions in exhibition spaces in order to construct enveloping experiences for the viewer.

The artist’s childhood in Switzerland imprinted upon him an early fascination with landscape and the natural world, and the influence of his native country places Party firmly within the trajectory of central European landscape painting. Points of reference in his work include celebrated 19th-century Swiss artists Félix Vallotton, Ferdinand Hodler, and to Hans Emmenegger. One can also find within his works a 21st-century synthesis of the sorts ofimpulses and ideas that fueled the Renaissance and late 19th-century, early 20th-century figurative painting, the compositional strategies of Rosalba Carriera and Rachel Ruysch, and the visions of such self- taught artists as Louis Eilshemius and Milton Avery. 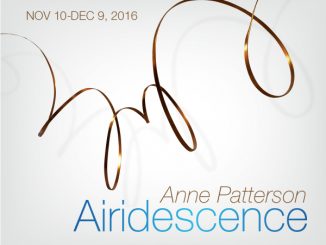