For those who love traveling to cities with rich cultural options and the opportunity for movie immersion at a leading film festival, London is the destination to plan this fall. The 63rd BFI London Film Festival, from October 2 to 13, 2019, has a full line-up of movies that will appeal to every taste.

This year’s film selection for the Opening Night Gala will delight classics fans. The Personal History of David Copperfield, directed by the multi-award-winning writer, filmmaker and broadcaster Armando Iannucci, stars BAFTA Award winner Dev Patel as David Copperfield. The European Premiere of the film is scheduled on October 2 at Odeon Luxe, Leicester Square.

This new interpretation of Charles Dickens’ classic novel has a winning British cast including one of Artsphoria’s favorite actors: Dev Patel. Co-stars include Tilda Swinton, Hugh Laurie, Peter Capaldi, Ben Whishaw, Paul Whitehouse and Gwendoline Christie, with many anticipated to arrive on the red carpet in Leicester Square.

Armando Iannucci (the award-winning writer/director of The Thick of It, In the Loop, Veep and The Death of Stalin) is an enthusiastic Charles Dickens fan. Along with frequent collaborator Simon Blackwell, he adapts The Personal History of David Copperfield with comedic elements and lively characters.

The story explores David Copperfield’s birth, adolescence and adulthood as a benevolent soul who encounters a range of people and experiences in Victorian England. As he pursues a writing career, David’s relationship with family members, friends and romantic interests keep pace with issues of status in this riveting story of his life.

Here are some other movies scheduled during the BFI London Film Festival:

In A Paris Education, Etienne studies filmmaking at the Sorbonne, along with friends and fellow movie lovers Mathias and Jean-Noël. As part of their education, they learn about the challenges of friendship, love challenges and artistic differences.

An Impossible Love explores the period from 1958 to the present day and the complexity of familial relationships. This movie tells the story of an unconditional love between a mother and her daughter, along with complications because of a controlling father.

Until the BFI London Film Festival begins, do you need some tips about movies to watch at home? Check out Artsphoria’s curated collection on Artsphoria Movie Reviews & Film Forum.

Then, add your comments, and share recommendations for your favorite films with explanations why they are top picks! 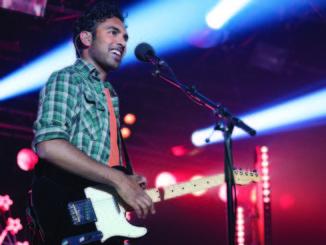