The Montreal International Black Film Festival (MIBFF), with programming in its 14th year, includes 72 films from 25 countries. Films explore stories and events that have challenged conventions, left a memorable mark and altered our view of the world.

Jamie Jones’ Obey will kick off the festival as a Canadian Premiere on September 25, 2018, at 7 p.m. at Imperial Cinema. Danny Glover, Toni Morrison, Edwidge Danticat, Garcelle Beauvais, Jimmy Jean-Louis and Robert Ri’chard are also featured on the program.

The Quebec premiere of Dead Women Walking by Hagar Ben-Asher will wrap up the 2018 MIBFF on September 30 at 7 p.m. at Imperial Cinema. Tickets are on sale at www.MontrealBlackFilm.com.

MIBFF welcomes back Spike Lee for the third time as an honorary guest at the Montreal International Black Film Festival. The Academy Award-winning director will discuss his work as a filmmaker as well as his views on today’s socio-economic environment. This will be Spike Lee‘s first return in Canada since he won the Grand Prix du Jury at the 2018 Cannes Film Festival for his latest film Blackkklansman.

Some of the festival films are world, international, North American, Canadian or Quebec premieres. The MIBFF Black Market space is dedicated to the cinema industry and introducing the first MIBFF Kids Program.

Share Your Experiences at the Montreal International Black Film Festival

Are you attending the MIBFF? Share your experiences about traveling through Montreal, and post your comments about films at MIBFF on Artsphoria International Magazine. 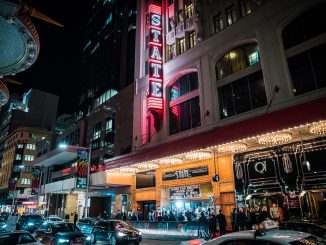