Works & Process, the performing arts series at the Guggenheim in New York, recently presented the world premiere of The Missing Element.

Fusing the virtuosic music-making of beatbox with awe-inspiring street dance, The Missing Element, commissioned by Works & Process ahead of the pandemic to broaden representation of historically marginalized performing art cultures and celebrate performing art forms created in and nurtured by New York City, this new work marries the cypher widely found in rap, beatbox, and break dance with the theater’s circular architecture.

Creative directors Chris Celiz, a world champion beatboxer, and b-boy Anthony Vito Rodriguez “Invertebrate,” assemble a formidable cast that comprises Krumper Brian “Hallow Dreamz” Henry, flexers Joseph Carella “Klassic” and King Havoc, breakers Graham Reese “B-boy Kilo” and Rodriguez, filmmaker Kash Gaines, and members of The Beatbox House, including Amit Bhowmick, Celiz, Neil Meadows “NaPoM,” Gene Shinozaki, and Kenny Urban. Each artist is a soloist, educator, musician, and dancer in their own right. Their ability to work together and bring a communal vibe unlike any other provides audiences a one-of-a-kind experience, leaving them with a new possibility of what human beings are capable of and inspires people to take action on what’s truly possible for themselves.

The Missing Element is an immersive experience exploring the universal elements of earth, wind, fire, water, and space. During the performance, street dancers and beatboxers utilize their abilities to embark on an adventure of sound and dance. All music and sound featured is 100% human-generated.

Amid the headwinds of the pandemic, The Missing Element was developed in Works & Process bubble residencies at Kaatsbaan Cultural Park in August 2020 and March 2021, made possible through the generous support of The Andrew W. Mellon Foundation and Doris Duke Charitable Foundation. Highlights from The Missing Element were performed throughout the pandemic at Little Island, the Guggenheim Museum rotunda, Kaatsbaan Cultural Park, Lincoln Center for the Performing Arts, and NY PopsUp, ahead of its long-awaited and fully-produced world premiere on May 15 and 16, 2022.

The Beatbox House is a collective of world champion beatboxers. Beatboxing is growing into a global phenomenon branching out from its hip-hop roots. Through education, performance, and collaboration, the collective is rebranding the art as a new form of music, pushing the boundaries of the possibilities of the human voice.

Throughout the pandemic, Works & Process at the Guggenheim in New York continued to provide opportunities for artists and pioneered the bubble residency to support the creation of this work and many others. The spring 2022 season will feature the official world premieres of works created by New York artists – many representing historically marginalized performing art cultures – and incubated during the peak of the pandemic inside 2020-21 Works & Process bubble residencies. Alongside the commissions, Works & Process will present performance excerpts of and artists discussions about new works prior to their premieres at leading organizations including BAAD!, Federal Hall, Glimmerglass Festival, The Metropolitan Opera, and New York City Ballet.

To further engage with communities, The Missing Element will tour July 11-17, 2022, to the East End of Long Island, and will be presented by Guild Hall of East Hampton and Works & Process in free pop-up performances throughout the community in the days leading up to their concert performances on July 16 at LTV. This October, as part of the Guggenheim Museum Bilbao’s 25th anniversary celebration in Spain, The Missing Element will be performed in free pop-up performances in and around the iconic Frank Gehry-designed museum for one week leading up to its concert performance in the Museum’s auditorium. 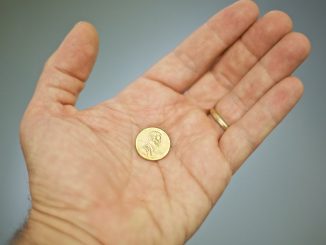 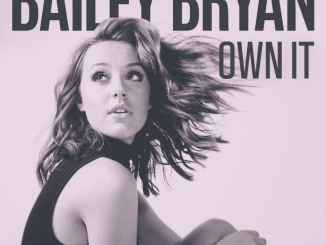