As stars started to gather before the 77th Venice International Film Festival, the cast of this edition’s opening film Lacci, which Daniele Luchetti directed, were some of the special guests. Together with the director, Laura Morante, Luigi Lo Cascio and Adriano Giannini were interviewed in the Corradi Cinema Lounge at the Hotel Ausonia Hungaria.

The “pre-opening” also featured a screening of the documentary Molecules. Director Andrea Segre described his visual notes and shared other stories related to the project.

Another important guest during the first screenings was Carlo Hintermann, director of The Book of Vision. The film, which boasts an international cast, will open the section of the International Critics’ Week in Venice.

As is tradition, design and cinema stars will meet in the Corradi Cinema Lounge, which will welcome journalists, actors and producers from around the world. In the Corradi area, some of the most interesting Italian and international architects will also be present.

Although the 77th Venice International Film Festival will be different from previous years, the Made in Italy style of the Corradi Cinema Lounge will create memorable setting for outdoor activities. Along with insightful interviews and other memorable experiences at the famous Hotel Ausonia Hungaria, the Venice International Film Festival will continue to offer the world 10 days of great cinema.

The 77th Venice International Film Festival is organized by La Biennale di Venezia and directed by Alberto Barbera. It will take place at Venice Lido from September 2 to 12, 2020. The festival is officially recognized by the International Federation of Film Producers Association. 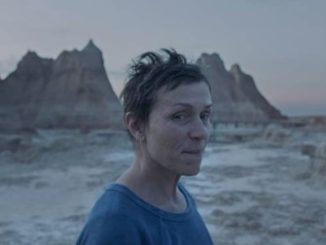