The Whitney Museum of American Art has launched Whitney Screens, a weekly event series that streams video works recently acquired for its collection. Part of #WhitneyFromHome, the Museum’s expanded digital presence, Whitney Screens is presented on Friday evenings at 7 pm. The program foregrounds works by emerging and mid-career artists, in keeping with the Whitney’s tradition of supporting living artists during pivotal moments of their careers.

The series debuted with a screening of Alex Da Corte’s Rubber Pencil Devil (2018), and upcoming events will feature recently acquired works by artists including Korakrit Arunanondchai, Juan Antonio Olivares and others to be announced. Each screening is introduced by a Whitney curator. The Whitney’s collection includes over 25,000 works, created by more than 3,500 American artists during the 20th and 21st centuries.

Each work will be available for viewing at whitney.org and will remain accessible for 1 hour following its duration, unless otherwise noted. Schedule is subject to change.

Juan Antonio Olivares’s Moléculas relates a highly personal narrative that is part autobiographical, part fantastical reality. The work explores fundamental questions about family, loss, separation, and contemporary politics, as well as the ways in which memories acutely and even painfully live on, long after events have passed. Made using 3D animation, Olivares’s touching video is equally sensitive in its technical detail. Rendered in a muted palette, the work is set in an interior that suggests both analyst’s office and modernist living room. The work visually evokes the delicate landscape of the mind, which Olivares ultimately sees as universal to our collective experiences, particularly of loss and death. Runtime: 10:00 minutes. Visit whitney.org/events/whitney-screens-juan-antonio-olivares to watch.

While the Whitney Museum of American Art is temporarily closed, the spirit of the Whitney is open to all—and the Museum is committed to engaging, entertaining and educating audiences through continued access to its collection and resources. #WhitneyFromHome is the Museum’s expanded digital experience that provides an intimate lens into stories behind the Whitney’s art and artists, offering something for everyone who wishes to engage with American art.

In addition to the online collection, the experience provides access to the exhibition archive, an array of video and audio content, interactive resources for children and families, and Artport—the Museum’s portal to Internet art that also functions as an online gallery space for new media art commissioned by the Whitney. 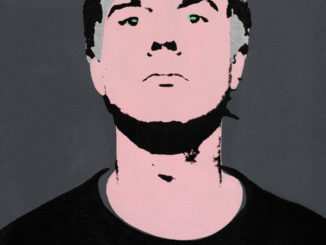 The Whitney to Present First Andy Warhol Retrospective Organized by a U.S. Institution Since 1989