Architect, designer, art director, writer, poet and critic, Gio Ponti was an all-round artist who traversed most of the 20th century. He profoundly influenced the taste of his time, responding to its most significant demands and anticipating many of the themes of contemporary architecture.

“Love architecture, be it ancient or modern. Love it for its fantastic, adventurous and solemn creations; for its inventions; for the abstract, allusive and figurative forms that enchant our spirit and enrapture our thoughts. Love architecture, the stage and support of our lives.”

Forty years after his passing, MAXXI, the National Museum of XXI Century Arts in Rome, is devoting a major retrospective to this exceptional figure. The exhibition examines and presents his multi-faceted career, starting with an account of his architecture, a unique and original synthesis of tradition and modernity, history and progress, elite culture and quotidian existence.

The exhibition title, “GIO PONTI: Amare l’architettura” (“Loving architecture”) echoes that of his best-known book, Amate l’architettura (In Praise of Architecture). Curated by Maristella Casciato and Fulvio Irace with Margherita Guccione, Salvatore Licitra and Francesca Zanella, the show will be hosted in MAXXI’s stunning Gallery 5 in Rome from November 27, 2019, to April 13, 2020, and has been produced by MAXXI in collaboration with CSAC – Centro studi e archivio della communicazione of the University of Parma, which conserves Gio Ponti’s professional archive, and the Gio Ponti Archives.

The exhibition is the fruit of painstaking research that has aimed to update our understanding of the figure of Gio Ponti the architect and designer. Several guiding issues underlying his long career and his extraordinary ability to foreshadow the spaces and concepts of contemporary architectural practice are highlighted. His aspiration toward verticality and lightness through the dematerialization of facades and conception of a green city in which nature returns to playing a key role in the agenda of planning and architecture are evident. Along with an interest in designing flexible domestic spaces, capable of adapting to the demands of their users, these themes, more than half a century ago, anticipated with unique clarity the concerns of the present day.

The exhibition layout is immersive and spectacular, suggesting the master’s own idea of space: fluid, dynamic and colorful. In the museum lobby, visitors are welcomed by a powerful installation of monumental Alcantara banners, hanging the full height of Zaha Hadid’s spaces. They reproduce the stylized facades of skyscrapers, evoking the skyline of an imaginary Pontian city.

On display are archive materials, models, photographs, books, magazines and design classics closely associated with his architectural projects and organized into eight sections evoking key concepts that Ponti expressed. They include Towards the exact house (Gio Ponti’s apartment in Via Dezza, Milan, is the synthesis of much of the architect’s thinking over these years); Episodes (imposing projects on the urban scale such as the Scuola di Matematica  in Rome, 1934, and the two Palazzo Montecatini buildings in Milan, from 1936 and 1951); Architecture as crystal (the Denver Art Museum, 1971); Light façades (the  Concattedrale in Taranto, 1970); Appearance of skyscrapers (Pirelli tower, Milan, 1956-60); Architecture of the surface (Villa Planchart in Caracas, 1953-57 and the Istituto italiano di cultura in Stockholm, 1958); The spectacle of cities. 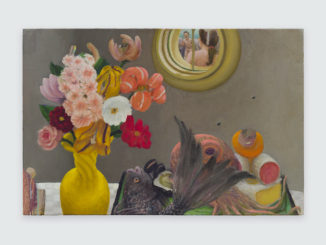 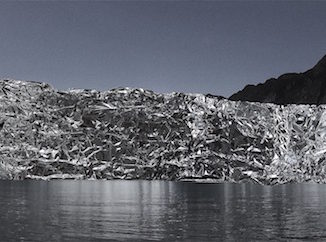 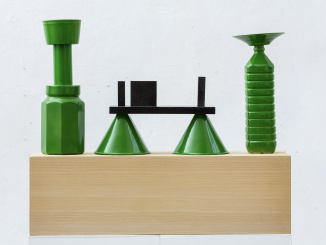