Presented as part of Festival Aperto 2019, Sisyphus / Trans / Form is the exclusive Italian debut of a new project that Greek choreographer Dimitris Papaioannou has created for Collezione Maramotti. The private contemporary art collection open to the public since 2007 is housed in the former Max Mara corporate headquarters. Papaioannou’s site-specific piece will be performed from October 24 to 27, 2019 (six performances), in the Collezione Maramotti spaces.

Invitations to choreographers of international renown to conceive and present dance performances in a place dedicated to contemporary art fosters a close and exciting dialogue between the world of dance and the visual arts. This collaboration includes the presentation of the new production by Papaioannou the for Aperto Festival 2020: an international project that will see Fondazione I Teatri as co-producers, supported by Max Mara.

In Sisyphus / Trans / Form, the dancers’ bodies are in perfect equilibrium yet seem broken, moving through an installation where they create optical illusions, inspired by the myth of Sisyphus, that shed a subtle light on the human quest for meaning. It is a piece that explores our relationship with the material world, a form of engagement that can help us rise above it. Papaioannou has conceived this performance as an attempt to generate meditative energy through simple actions, prompting an emotional journey through illusion.

Greek choreographer Dimitris Papaioannou‘s original training was in the visual arts. He worked in painting and comics before turning his attention to performance as a choreographer, director, dancer, and set and costume designer.

His powerfully original, visionary language does away with the traditional boundaries between dance, painting and sculpture. The performers’ bodies, as they constantly interacting with props and raw materials, split apart and regroup in deft compositions that echo classical myth and universal narratives. The lyrical images they conjure up teem with contrasts and epiphanies that reveal traces of individual and collective memory, fluidly blending different eras and cultures. 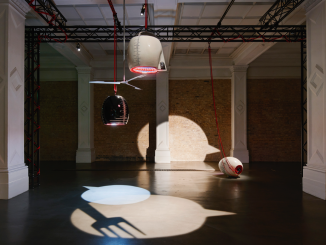 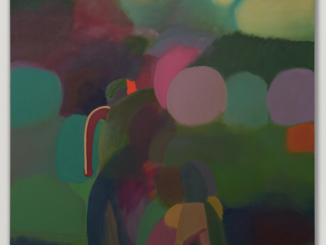