Alerts
On Aug. 12, 2019, a special screening of WHERE’D YOU GO, BERNADETTE was held at the Metrograph Theater in New York. The new movie is scheduled for release in theaters on Aug. 16.
Stars and Celebrities Create a Stir During Special Screening of New Movie
Cate Blanchett, Billy Crudup, Emma Nelson, Zoe Chao and Troian Bellisario created a stir during appearances at the event. Director Richard Linklater, novelist Maria Semple, producer Ginger Sledge and co-writers Holly Gent and Vince Palmo added to the excitement at the Metrograph Theater in New York.
The cast introduced the film to the audience before celebrating the film with comedian Marc Maron. Actors Pom Klementieff and Alison Wright also attended the event, along with Broadway stars Betsy Wolfe, Jawan Jackson and Derrick Baskin. In addition, Glamour editor-in-chief Samantha Barry and architect Barbara Bestor were spotted at the festivities.
New Movie Based on Bestselling Comedy by Novelist Maria Semple
Based on the runaway bestseller by Maria Semple, Where’d You Go, Bernadette is a comedy about Bernadette Fox (Academy Award winner Cate Blanchett). She is a loving mom who becomes compelled to reconnect with her creative passions after years of sacrificing herself for her family. Bernadette’s leap of faith takes her on an epic adventure that jump-starts her life and leads to her triumphant rediscovery.
If you’ve seen promos for this comedy, the nearly unrecognizable transformation of Cate Blanchett will spark interest in this new movie. To learn more about WHERE’D YOU GO, BERNADETTE see Bernadette.Film.

If you read this book, do you think that the story translate into a film, and why or why not? If you prefer to read a book before seeing a movie, can you explain why?

What other films with Cate Blanchett would you recommend? One of Artsphoria’s top picks is An Ideal Husband, a clever movie with snappy dialogue and unexpected twists.

Check out some of our other tips on Artsphoria Movie Reviews & Film Forum. Then, add your comments, and invite other movie lovers to share their thoughts! 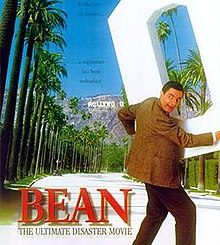