Airing on May 1 from the MGM Grand Garden Arena in Las Vegas on NBC, the 2019 Billboard Music Awards opened with a spectacular world premiere performance by Taylor Swift and Brendon Urie. Their performance of “Me!” included a drum line, aerialists and flying umbrellas.

Then, host Kelly Clarkson sang a medley of top hits. Her hilarious opening monologue was filled with special surprise guests, hitting a range of musical notes. Later in the night, Clarkson sang “Broken and Beautiful” from the new family movie “Ugly Dolls.”

Some music fans think that the most memorable performance was Madonna and Maluma singing “Medellin,” with augmented reality technology.

ICON Award recipient Mariah Carey, showed her signature range in a medley of the diva’s greatest hits. They included “A No No,” “Always Be My Baby,” “Emotions,” “We Belong Together” and “Hero.”

Additional performances throughout the night included performances from K-Pop sensation BTS with Halsey, Ariana Grande, Ciara and The Jonas Brothers. Soulful tunes from Khalid Dan + Shay with Tori Kelly and Lauren Daigle stirred up emotions during the sizzling awards show.

Both Halsey and Panic! At the Disco took the stage twice during solo and in collaborative performances with BTS and Taylor Swift, respectively.

Paula Abdul closed the show with a nostalgic performance, her first at an awards show in 29 years. Some of her biggest hits including “Straight Up,” “Way That You Love Me,” “Vibeology,” “Opposites Attract,” “Cold Hearted” and “Forever Your Girl.” Paula Abdul fans were thrilled as she proved that she still has the moves 30 years after her debut album.

Favorites From the 2019 Billboard Music Awards

Who were your favorite winners and performers from the 2019 Billboard Music Awards? What were some of the best moments during this year’s show, and why? Post your comments on Artsphoria International Magazine now! 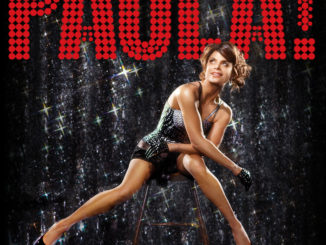 Paula Abdul to Travel Across North America This Fall: Solo Headlining Tour Celebrates 30 Years as a Pop and Dance Icon