The Store X and the New Museum are presenting the exhibition “Strange Days: Memories of the Future” in collaboration with The Vinyl Factory. Massimiliano Gioni, the New Museum’s Edlis Neeson Artistic Director, is the curator. On view at The Store X, 180 [The Strand] in London from October 2 to December 9, 2018, the exhibition will display the work of 21 acclaimed artists and filmmakers who have shown video works at the New Museum in its 10 years on the Bowery.

Bringing together an extraordinary group of works in video by today’s leading artists, “Strange Days: Memories of the Future” will consider how images shape memories while anticipating visions of what the future may hold. Weaving together reportage and lyricism, the works on view blend images and sound into polyphonic, dreamlike compositions.

Featured Works from Personal Portrait to Video and Sound Installation

Featured works in the exhibition will include Kahlil Joseph’s Fly Paper (2017), a deeply personal portrait of black cultural life in Harlem, which premiered at the New Museum in the fall of 2017. John Akomfrah’s Vertigo Sea (2015) is an epic three-screen meditation on the ocean as an environmental, cultural, and historical force. In Camille Henrot’s Grosse Fatigue (2013), a rapid succession and layering of images tells the story of creation.  Pipilotti Rist’s video and sound installation 4th Floor To Mildness(2016) is a work that featured prominently in the artist’s celebrated 2016 New Museum exhibition.

Many of the works will be having their debut presentation in London. These include those by Joseph, Akomfrah, and Rist, along with Jonathas de Andrade’s O Peixe [The Fish] (2016), Hassan Khan’s Jewel (2010) and others.

“Strange Days: Memories of the Future” is the third major show commissioned by The Store X and The Vinyl Factory, following critically acclaimed exhibitions “The Infinite Mix” (2016) and “Everything at Once” (2017), presented with the Hayward Gallery and Lisson Gallery, respectively. More than 120,000 visitors attended last year, making the annual autumn show a hotly anticipated highlight of London’s Frieze Week. 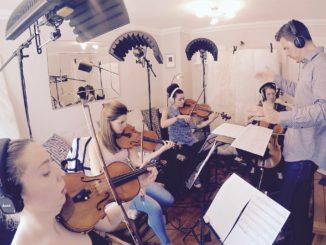 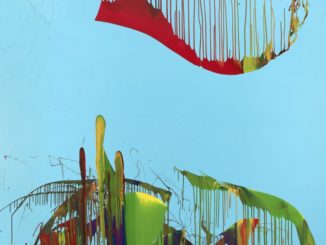