“Calypso” Transports You to A Summer Trip With Non-Stop Dancing

When you hear the first cords of “Calypso,” you are immediately transported to a summer trip where fun and dancing awaits you, and it doesn’t stop here. Fonsi and Stefflon Don’s voices are the perfect combination for the different music genres mixed in the song, including tropical, Latin Pop, Caribbean beats and rap.

The release of the single comes with a hot new video, available now on YouTube, directed by Elastic People’s Creative Director Carlos Perez, responsible for the most watched videos in history, “Despacito”and “Échame La Culpa.” Filmed once again in Puerto Rico, specifically on Palominito Island, the video showcases the island’s incomparable beauty, the almost transparent water, white sand and a fun party that reflects the joy of its people from older to the youngest, who despite the ravages of Hurricane Maria, never lost that warmth and desire to live life to the fullest.

“Calypso” promises to become another international hit for Fonsi’s incredibly successful and award-winning music career, all while he continues to sell out arenas and theaters with his acclaimed “Love and Dance World Tour.” It has been a year since he kicked off the tour, performing in different countries around the world, and in July and August, it will continue in Europe (for the second time due to high demand) and Asia.

In other great news, Luis Fonsi has just been nominated for a Teen Choice Award in the category “Choice Latin Artist.” Voting is now open at the show website http://fox.tv/VoteNowTCA. Fans can vote until June 19, 2018, at 9 a.m. PST and can also have the option to vote via Twitter using the category hashtag (#ChoiceLatinArtist) with the Fonsi’s handle @luisfonsi, and the hashtag #TeenChoice. 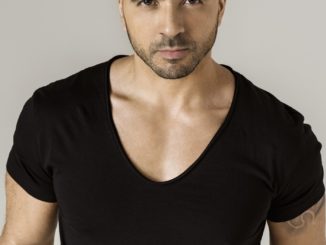