The Extended Moment: Fifty Years of Collecting Photographs features the work of more than 100 artists including Diane Arbus, Edward Burtynsky, Julia Margaret Cameron and Henri Cartier Bresson. The Canadian Photography Institute  of the National Gallery of Canada presents a new exhibition that explores the evocative juxtaposition of works made more than a century apart. The photographs, some on display for the first time, reflect the human impulse to capture seen and unseen worlds.

The exhibit reveals the trajectory from the earliest days of the medium to the present day, a journey that witnesses remarkable shifts in the reading and creating of the photographic image. The exhibition reveals how photographers living in different time periods were influenced by their predecessors and explores the role of photographer as an instrument of storytelling.

The collection began in 1967, when the Gallery started to “formally” collect works. Before this time, there was a less systematic approach. As such, the exhibition features photographic works collected between 1967 and 2017, when major contributors were collected in order to represent the changes taking place in the medium. To highlight the contrast of old and new, the exhibition has been organized in seven themes: Conversations in Time; The Art and Science of Invention; Exploring and Discovering; An Instrument of Detection; Advertising; Portraying; and Creating New Narratives.

Variety of Mediums and Range of Prints

Showcasing a variety of mediums – installations, video, photographs and film – the exhibition includes a diverse range of prints, from albumen silver, gelatin silver and palladium dye coupler to digital, inkjet, chromogenic, carbon, salted paper, azo dye, collotype, photolithograph, gum bichromate and platinum. Examples of the daguerreotype, photogravure, cyanotype, collotype, photolithograph, woodburytype and autochrome will also be displayed. The Extended Moment: Fifty Years of Collecting Photographs exposes the scope of the use of mechanical aids, demonstrating that these 50 years were a period of incredible invention for photography.

The Extended Moment: Fifty Years of Collecting Photographs will be on view from May 4 to September 16, 2018, at
The Canadian Photography Institute of National Gallery of Canada, 380 Sussex Drive, Ottawa, ON, K1A 0G8, Canada. The exhibit will also be presented at The Morgan Library & Museum in New York City, from February 15 to May 26, 2019. 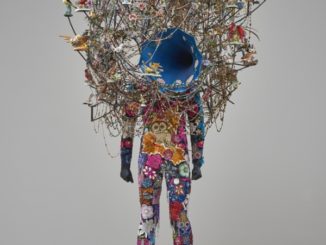 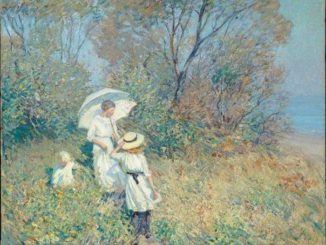