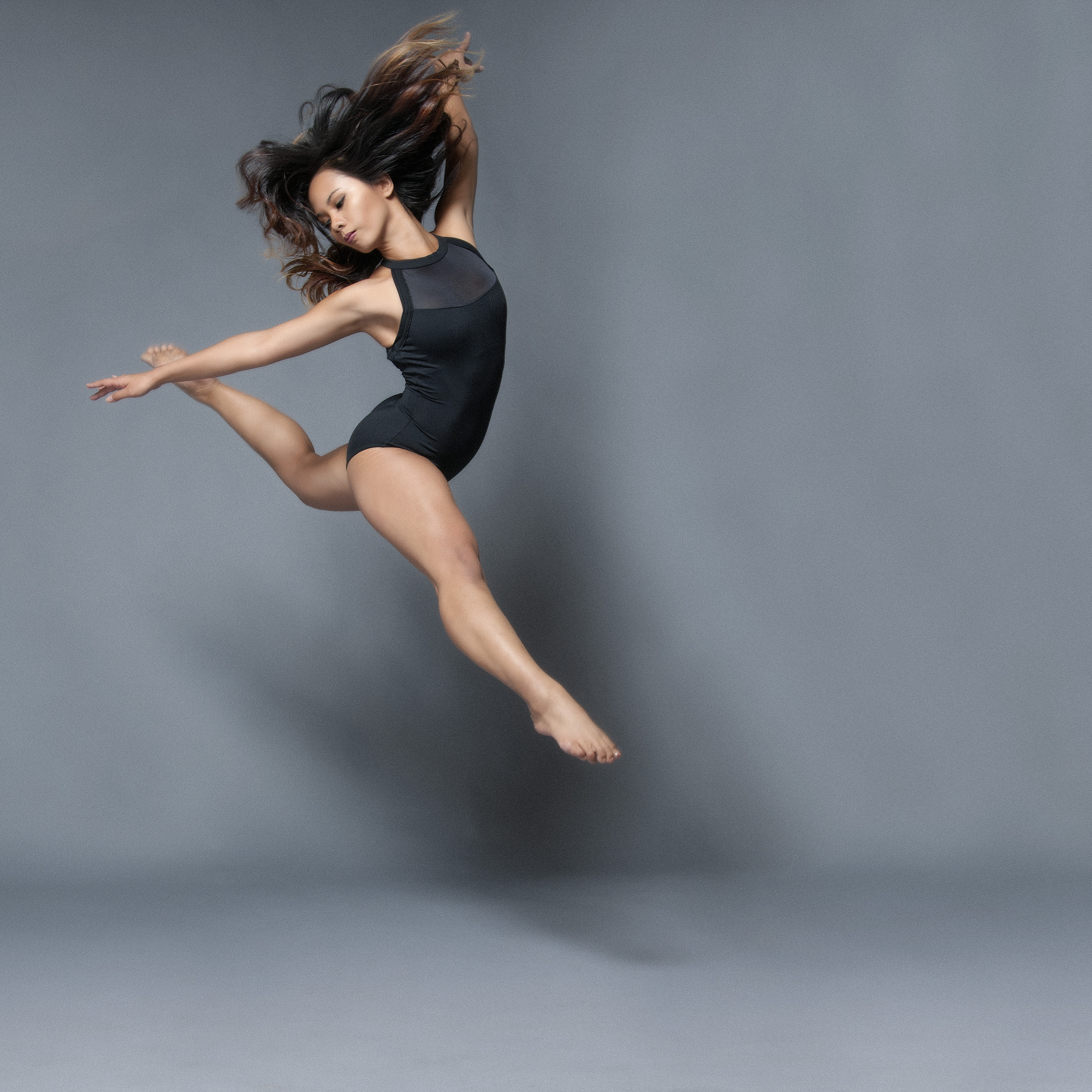 The Vanessa Long Dance Company combines theater and dance to create work about social and political issues. The goal is to encourage conversations about issues, challenge the status quo and change the world.

A new work, “Adams Ale,” focuses on the growing issue of water overuse and waste to make audiences more aware of their effect on the planet and others’ lives. Almost a 1⁄4 of the world’s population cannot rely on a safe supply of drinking water.

The dancers use a strong sense of rhythm and intangible footwork. Their bodies shift as instruments to signify the cleansing and catching of their last cup of drinking water before experiencing dismay about the water epidemic.

ABOUT THE ARTIST
Vanessa Long-Farrell is an American choreographer and teacher noted for her theatrical style and activism work. She is a graduate of West Chester University of Pennsylvania with a B.A. in theater and dance. After graduation, she moved to New York City to begin her career in choreography and stage direction.

In her first week of living in New York City, she booked her first Off-Broadway show as a choreographer and also danced in the show. She went on to choreograph a total of 17 Off- Broadway shows over the course of 2 years, along with several short films and music videos. For her short film Dissolve, she worked in close collaboration with Kate Barker-Froyland (director/writer of “Song One” with Anne Hathaway), which was shown in several film festivals around the world.

In October 2014, she founded the Vanessa Long Dance Company, based in New York City. The company, which performs 3-6 times a month in New York and the tri-state area, is currently the resident dance company at the Manhattan Repertory Theatre and Resident Artists at Anita’s Way.

Vanessa’s work has been performed across the Unites States, Peru and Italy. Here are some of the choreographer’s thoughts about creating dances that convey her social and political concerns:

When and why were you first interested in incorporating activism into your choreography? I’ve always been passionate about activism and getting the word out about issues that aren’t as well known. While I was in college, I became somewhat enraged about a story involving a drone strike and a 16-year-old boy in Yemen….

I was at first angry that a young U.S. citizen was killed with no trial, but I became enraged at the White House press secretary’s comments regarding the drone strike…. This is where my first piece combining performance art and activism came about. I created a piece titled “Hushed,” which told this story in a way that made the audience ask questions. Since we will never know the whole story of some issues and events, all we can do is ask questions and try to get the truth. I believe my interest in activism first came from my parents. They always asked questions, researched issues and news stories to try to find the truth. In today’s day and age, it can be quite hard to find the truth.

Can you provide a few examples of dances incorporating these concerns and explain how you develop the themes through dance? “Urban Tumbleweed” is a piece I created in early 2016, which focuses on our growing issue of plastic waste. I decided to focus mainly on plastic bags as it is something small that everyone can easily change in their lifestyle. “Urban Tumbleweed” uses 1,460 plastic bags, which is the average amount of plastic bags a family uses every year. The dancers in this piece move through these bags, making them float in the air as they dance. I believe what makes this piece effective for an audience is being able to see the amount of bags they may have used in the past year. It’s one thing to see a number and quite another thing to see how the the physical bags add up.

“Adam’s Ale” focuses on water conservation and the privatization of the water system. My main focus for this piece is to show our audiences how we waste water without even thinking about it. In the piece, we use several cups of water around the stage along with a large water bottle and a bucket of water. Dancers move around the stage with vulture movements using the water throughout the piece. Toward the end of the piece, the dancers become frantic as they run out of water to use.

We also have a piece “Consume,” exploring the fast fashion industry, which is becoming a massive issue environmentally, in workers’ safety and in Third World countries’ economies. In this piece, we have a lead dancer who represents the average consumer and several dancers who represent all aspects of the fast fashion industry. The dancers start as mannequins, morph into models and then into factory workers. The lead dancer reacts as she moves into each section of the piece but inevitably gets sucked into the fashion industry unable to stop her consumerism.

How I develop these pieces is start with an issue I am passionate about. I then dive into the research phase and try to learn all angles of the issue and how an individual can make an impact on these issues. After I have a good grasp on the issue, I finalize a story line for the piece and begin choosing music. Once these steps are completed, I then add in the movement into the piece. Lately, after the movement for the piece is complete, I begin working on ideas of how I can combine the piece with installation art.

How do your interests in theater, film and dance impact each other? At first these issues were separate interests for me. As I’ve moved through my career, I’ve combined these elements. I now enjoy creating work that combines theater, dance, film and activism together as I feel it has more of an impact for an audience to engage in.

The world has changed significantly due to technology as has our audience. Attention spans are shorter then ever, making it hard for people to sit still through a staged show without pulling out their phones. Instead of fighting that and trying to force audiences into submission, I wanted to embrace it and move forward with our audiences. I wanted to find a new way to engage with them and get the message out. Because of this, the Vanessa Long Dance Company has recently embarked on a new way to perform our repertory. We started combining installation art with our repertory work in a walk-through show format. We have plans to also include a phone app component to further engage our audience.

Of all the projects that you have completed, what are a few that offered the greatest sense of fulfillment and why? I believe “Urban Tumbleweed” is one of the pieces I had the greatest sense of fulfillment. This piece immediately catches the attention of audience members just on the sheer amount of plastic bags that are used. It’s also a piece that seems to stick with audience members, which makes me feel like I may have made a small difference in this issue.

What are some of the challenges involved in sustaining a dance company, and how do you approach them with a business mind-set? Funding is probably the biggest issue in sustaining a dance company. There isn’t enough funding to go around, and it’s hard to make income when you’re in the performing arts. It is extremely important to me that my dancers and those working for the company are paid for their time performing and rehearsing, which can be a challenge when working with a small amount of funding. One of the ways we raise money is we do influencing work on Instagram. This actually covers the bulk of season, and grants help with the rest of the funding we need.

Another challenge we had when I first started the company was getting the word out about the company. I used social media as a large platform for us to attract attention as well as performing every chance we had.

In addition to the Vanessa Long Dance Company, we also have sub-companies. I also run the Long2 NYC Dance Company, the Long2 Philadelphia Dance Company and The VLDC Junior Company in NYC. We are currently working to expand to a Long2 Boston Dance Company in September 2018. These expansions help us reach a younger audience and get younger dancers involved in the company. It is quite a bit to manage as schedules become intermingled, but I have an amazing team that helps me manage everything.

I equally enjoy working on the business end of the company as I do creating. I love organizing performances and the companies season, so for me its just all around an absolute joy!

What do you hope that viewers will experience and take away from your current piece? My hope for my audience is that they will ask questions about political issues and question their habits when it comes to consumerism after seeing my work. I hope that by creating work about social and political issues I can either educate on a new issue they’ve never heard of or see a different angle of an old issue.