The exhibition Public Parks, Private Gardens: Paris to Provence, opening March 12 and on view through July 29 at The Metropolitan Museum of Art (The Met), will illustrate the horticultural boom that reshaped much of the French landscape during the 19th century.

As shiploads of exotic botanical specimens arrived from abroad and local nurserymen pursued hybridization, the availability and variety of plants and flowers grew exponentially, as did the interest in them. The opening up of formerly royal properties and the transformation of Paris during the Second Empire into a city of tree-lined boulevards and parks introduced public green spaces to be enjoyed as open-air salons, while suburbanites and country-house dwellers were inspired to cultivate their own flower gardens.

The important role played by parks and gardens in contemporary French life is richly documented in works in The Met collection by artists extending from Corot to Matisse, many of whom were gardeners themselves. The popularity of botanical and floral motifs at this time is evidenced throughout the pictorial and decorative arts.

With some 150 works that range from paintings by the Impressionists to photographs of the era and vases made to display lush bouquets, this presentation will provide a fresh, multi-sided perspective on best-known and hidden treasures housed in a Museum that took root in a park: namely, New York’s Central Park, which was designed in the spirit of Parisian public parks of the same period. 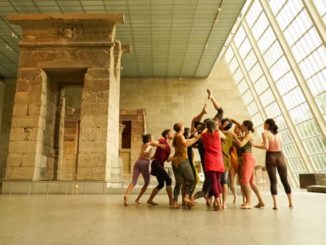