Museo Amparo will present the first major exhibition in Mexico dedicated to artist Sheila Hicks since her collaboration with Antonio Souza Gallery in 1962.

Sheila Hicks – Free Threads, Textile and its Pre-Columbian Roots, 1954-2017 offers a fresh interpretation of the work of the acclaimed American artist (b. 1934, Hastings, Nebraska). A large number of rare works not exhibited in decades will be displayed including some made in Mexico in the 1960s when Hicks lived in Taxco el Viejo.

With approximately 120 pieces spanning decades, as well as numerous photographs and archival documents, Sheila Hicks – Free Threads provides a broad overview of the artist‘s work, highlighting the influence of her varied experiences in Latin America. A student of Josef Albers at Yale University, Hicks received a solid pictorial training; it was during this period that she first developed her unique sensitivity to the power of color. Her first works were paintings, and two of these – from 1954 and 1957, and never before exhibited – will be on view in the exhibition.

Hicks’ work underwent a radical change in 1957 when she began a series of trips through Chile and the region, during which she became acquainted with Pre-Columbian textiles and ancient Andean weaving techniques. The exhibition highlights their influence through the display of 20 Pre-Columbian textiles on loan from the permanent collection of the Museo de Arte de Lima.

Sheila Hicks – Free Threads proposes a new reading of the artist’s work, suggesting that her interest in abstract painting did not disappear when her focus turned to textiles. Instead, her early immersion in painting led the artist to address pictorial abstraction in a unique way through an openness to spatial concerns.

In addition to the pictorial and structural tendencies in her art, the exhibition focuses upon the importance of architecture and decoration in Hicks’ development. In the years she lived in Mexico, Hicks worked on textile projects for Mathias Goeritz, Luis Barragán, and Ricardo Legoretta, among others, and photographed the experimental architecture of Felix Candela.

A gallery dedicated to the Andean and Mexican contexts of Hicks’ work will include travel documents on Latin America; Sheila Hicks‘ thesis on Pre-Columbian textiles, presented at Yale University in 1957; and records of her years in Mexico as a witness and participant in the creative turmoil of the time. 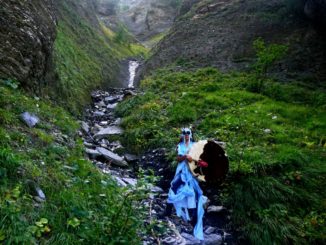 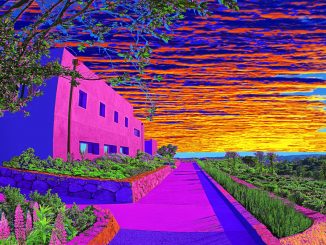 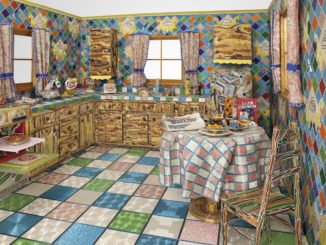