Weismann’s paintings can be viewed as some kind of archaeology of contemporary society and human progress…. We have in Willem Weismann an artist who clearly delights in the absurdity of human existence. Comic books, video games and cinema play an important part of his work, the odd and the bizarre, the cast offs and the outcasts. We have symbolic objects, signs and signals to another realm that lies under the broken pavements and points to a world in constant flux and change.    ~Ben Austin

GRIMM Gallery will present the first solo exhibition with Willem Weismann in Amsterdam. Weismann (NL, 1977) presents a suite of new paintings based on the structure of a house. The title Flashback cont’d, written in screenplay abbreviation, refers to the narrative technique used in film that takes viewers back in time and supplies background and context for current events. Simultaneously, the title refers to the construed nature of these paintings and the importance of narrative and time embedded in them.
The works are inspired by a wide range of sources from comic books, video games and cinema to ideas by historians such as Hayden White (US, 1928). White claims history has to be brought back to a narrative in order for it to become historic and thereby forgoes its objectivity. The structure of the house is inspired by the method of loci, which is part of an ancient out-of-use technique called the art of memory. Here a mental image of a building was used and decorated with various objects and elements that were encoded with what needed to be remembered. By roaming the building in one’s mind, one could then remember by association. Weismann builds up his paintings in the same way and fills rooms with scattered symbolic objects arranged as part of a larger puzzle.
With this imaginary house, Willem Weismann explores the possibilities of painting as a store of meaning: One that runs parallel to other forms of physical and virtual archives and compares the ways in which we see, store and make sense of the information that enters our lives every day.
Discovering what lies behind a facade, or beneath our feet beyond the smooth surface of the pavement, is a central motif in Weismann’s work. The works in this solo exhibition have the viewer walk through absurd urban environments: various rooms cluttered with debris of contemporary life and the excess of consumerism. Bathed in a beautiful light, these vibrant scenes in chromatic hues are at once eerily familiar and unsettling, confronting us with the direct aftermath of our existence.
About Andrea Hammer 282 Articles
Andrea Karen Hammer is the founder, director and owner of Artsphoria Publishing, Media Group & Shop (https://www.artsphoria.org): Artsphoria International Magazine (https://www.artsphoria.com); Artsphoria Movie Reviews & Film Forum (https://www.artsphoria.us); Artsphoria: Arts, Business & Technology Center (https://www.artsphoria.biz); Artsphoria Event Advertising & Reporting (https://www.artsphoria.info); Artsphoria: Food for the Soul (https://artsphoria.live); Artsphoria Animation & Imagination World (https://www.artsphoria.net) and Artsphoria Shop (https://www.artsphoriashop.com). She is a Philadelphia-based freelance writer who has published articles in international publications.
Contact: Website Twitter 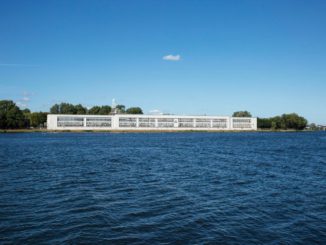 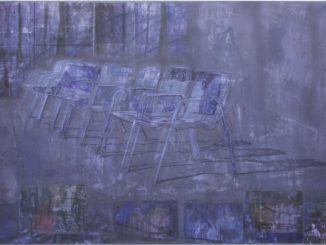 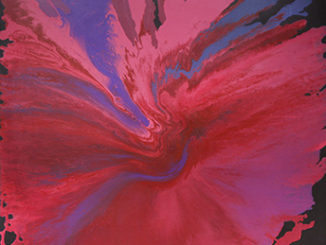 Marge Rector: Color and Non-Objective Abstractions From 1970 to 2014 at David Richard Gallery