The NH Galería, Cartagena de Indias, Colombia, presents 20 major late works by Omar Rayo through May 28, 2017. They expose the evolution of a work that remained vigorous until the end and the characteristics that have made it unique and identifiable during more than 60 years of his artistic career.

His work presents in each of its stages a variety of aesthetic and technical proposals as original as surprising. It also shows advanced innovations for its time. Rayo’s work is not static, nor repetitive; it flows in great strides from one phase to another. It always maintains its individuality with an attitude open to experimentation and to the intellectual and aesthetic currents of its moment.

In the last years of his life, Omar Rayo offered a new series of works every year for his Museum in Roldanillo. Six of the series painted after the year 2000 are represented in this exhibition: “Abyssal Creatures,” “Rainbow Bark,” “Chrysalis del Arrebol,” “Mullidas Footprints of the Wind,” “Mateo’s Toy” and “Tizón, Fossil of Fire.” As one of the unmistakable characteristics of this artist has always been the game between opposing elements, in that decade he was devoted to the exploration of the use of color and equally, of black and white. Rayo is always as abstract as concrete, as rigorous as sensual, as mystical as playful, as clear as hidden, as shadow as light. He plays with his own contradictions and this dialectic has been one of the constants in his work. Omar Rayo is unmistakable because he is an oxymoron poet.

From its beginnings Rayo examines the effect of shading or lack of it that entails the search for the illusion of volume in the painting. The early discovery of irregular canvases, of which two are exhibited, as a vehicle for images in the 1960s remained a concern until the 21st century. One of the themes that never left him were the folded, intertwined, woven, knotted ribbons that made figures as geometric as concrete.

In the series “Abyssal Creatures” (2001), he investigated the range of colors between blue and green, as elements of the composition, based on mysterious beings from the abyssal regions of the oceans and especially the myriads of blues and greens of the Caribbean Sea.

“Rainbow Bark” (2004) is multicolored. The title is a curious metaphor, an impossibility in the real world. The geometric scheme of the painting gives rise to the poetic image. The rainbow is diaphanous, ephemeral and its geometry is limited to concentric arcs.

“Chrysalis del Arrebol” (2005) works between the possibility and the impossibility in multicolored paintings, some of them cross-linked with black and white. The colors remain fringes, bent surfaces or knots, which float on a black background. “Chrysalis” is a tribute to a Vallecaucan phenomenon. The sunset colors in Roldanillo are much more than the normal reds, oranges and pinks. They can acquire reflected green tones of the mountain range. The concept resides in the idea that the color of a sunset is first contained like a butterfly in a chrysalis that is transformed while letting the shades that it releases when the sun sets. It is one of the most lyrical series of the artist. The butterflies in power float and dance, roll up and unwind against the coming darkness, or the net that catches them.

In “Mullida Footprint of the Wind” (2006), one of the most innovative series of the 21st century, Rayo works with black and white and looks for new ways to express the illusory volume. The metaphor of “Mullida Footprint of the Wind” refers to the invisible force that alters the surface of the sheets hung, the impression of the invisible blow of the wind.

“Mateo’s Toy” (2008) is also multicolored. Its title is not metaphorical but literal. They are toys invented by a grandfather for his grandson Mateo made of tubes, cubes, ringlets, and fantastic structures for the eyes of a child. The illusionist Rayo has never been more present. He combines rectangles, squares and triangles, which are and are not real. Playfulness is essential to all his work, but the trompe l’oeil is a magic that gives rise to his optical art in equal measure to his contact with kinetic painters and op in the 60s in New York. The paper airplanes, ringlets, and pursuers of his childhood preceded his discovery of Japanese origami, to which he devoted much attention since the 60s and to the toys of “Mateo’s Toy” of the new millennium. The originality of Rayo was born with him and grew up in a childhood that he picks up again and again during his artistic career, offering it to his loved ones.

“Tizón, Fossil of Fire” (2010) was the last series of his life. It represents a return to red with black and white, a dramatic color filled with legends, symbol of things as contradictory as they are tremendous.

Rayo’s compositions are born of a long process of development. Each painting contains the next in potency. The more we know about the history of Rayo’s art, the more we can identify one of its recurring motifs and look at what has evolved. Nothing in it is arbitrary, but corresponds to a creative impetus that depends on the mind, soul and heart of its creator. Passion is palpable in a play by Rayo.

Omar Rayo was born in Roldanillo, Valle del Cauca, Colombia in 1929 and died in Palmira, Colombia in 2010. He was recognized both in Colombia and New York for his original, geometric style without being abstract, reinventing forms of pre-Columbian culture and turning them into contemporary ones. Throughout his career he had more than 200 solo exhibitions. In 1981, he established the Rayo Museum in Roldanillo, which continues to bring to the population important national and international exhibitions. 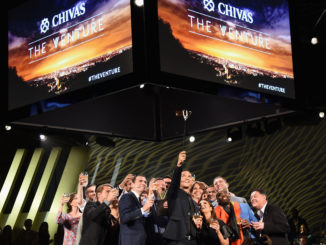