Entrepreneurs, who are driven to succeed, often push beyond their limits. To help their businesses thrive, they often sacrifice sleep and time to recharge their batteries. Instead of ramping up a new venture, this approach can backfire.

In 2007, while building The Huffington Post, Arianna Huffington collapsed from exhaustion and burnout. After breaking her cheekbone and waking up in a pool of blood, she started to rethink her idea of success. In 2015, she wrote Thrive: The Third Metric to Redefining Success and Creating a Life of Well-Being, Wisdom, and Wonder. In 2016, she published The Sleep Revolution: Transforming Your Life One Night at a Time.

Arianna Huffington is now overseeing Thrive Global, a media and e-commerce platform focusing on the reduction of stress and burnout. The company also offers trainings to help business owners and others increase their productivity.

“Aside from the almost limitless list of health problems caused or exacerbated by overwork and stress, there’s also the day-to-day business and productivity issues. When you’re tired and burned out, your decision-making, creativity and resilience are profoundly impaired–and those are the most essential tools any business owner needs to grow a business,” she says.

Based on her own experience with exhaustion, here are some of Arianna Huffington‘s tips to increase well-being and productivity:

1. Put on Your Own Oxygen Mask Before Helping Others

“Burnout is an especially big problem with entrepreneurs. But they have to remember that success is more about quality of work than quantity. They should realize that taking care of their human capital is just as important as whatever product or service or company they’re launching,” she says. “Leading a sustainable life, and making sure their employees do, too, is the best way for an entrepreneur to make sure their business will be sustainable. It’s like what they say when you get on airplanes–put on your own oxygen mask before helping others.”

“It’s really all about prioritization–about figuring out what absolutely has to be done and then giving yourself time instead of trying to do it all. It’s important to remember that trying to do everything mostly means doing none of it very well. The most important resource to a small business is the decision-making power of the owner, and that resource has to be safeguarded and nurtured like any other resource,” Huffington adds.

3. Be Ruthless About Making Your Own Well-Being a Priority

“You have to make your well-being an absolute priority and then work back from there. That means being ruthless and realistic about what you can and can’t do. People think of ruthlessness in business as being mostly directed outward, toward competition. But it’s far more important that ruthlessness be directed inward, not at business competitors but at competitors to your time, attention, focus, creativity and overall well-being,” she says.

4. Get Enough Sleep to Reduce the Cost to Your Health and Relationships

“After my collapse from burnout and exhaustion in 2007, I made a lot of changes to my life. And since then I get a lot of questions along the lines of: ‘Arianna, it’s great that you get all this sleep now, but would you have had the same career if you had done this earlier in your life?’ And my answer isn’t just a categorical yes–I also believe that not only would I have achieved whatever I’ve achieved, but I would have done it with more joy, more aliveness and less of a cost to my health and my relationships. So that’s my advice–get enough sleep– because I’ve seen how it works both ways, and the getting-enough-sleep way is much better!

“Start by trying to get at least 7.5 hours of sleep. If you’re way below that, trying going up in 15- or 30-minute increments. You might have to switch your schedule around a bit, but when you see the results, it will become easier to find the will to lock in those changes.”

5. Charge Phones and Devices Outside Your Bedroom

“Never sleep with your phone or devices in your bedroom. Charge them outside of your bedroom so you can wake up as recharged as your phone. The presence of a phone, even when not in use, keeps us receptive and vulnerable to our work, our to-do lists, our worries and anxieties of the day, all of which make shutting down the day and preparing ourselves for quality sleep much harder,” Huffington says.

6. Set Your Intention for the Day

“Instead of reaching for your phone first thing in the morning, take 10 minutes to set your intention for the day–not just for what you want to get done today but also what kind of day you want to have. This will affect the rest of your day,” she suggests.

7. Rethink Work-Life Balance, and Keep Both on the Same Side

“I don’t think balance is the right way to think about it. That’s because work and life, well-being and productivity are not on opposite sides–so they don’t need to be balanced. They’re on the same side and rise in tandem. Increase one, and you increase the other. So when you think of it like that, it becomes easier to set priorities, which is very important. So if productivity and decision making are a top priority for you, then your well-being should be, too,” Huffington says.

“The Thrive Global trainings are customized according to the needs or pain points of the group. So our trainers give tailored strategies, tools and tips during the sessions. All the tools and strategies are science based–we’re only about what works and what’s been proven. We’ve also broken everything down in our Thrive Global ‘micro-steps,’ which are all about lowering the barrier to entry, making change as simple and immediate as possible and meeting people wherever they are, at whatever entry point is easiest for them.” 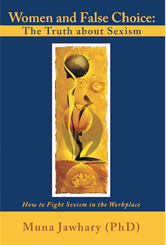 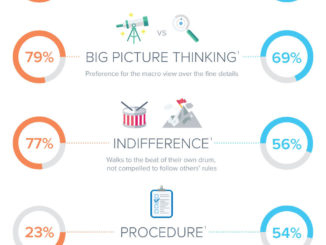 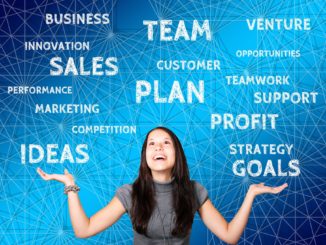