Entrepreneur and independent songwriter and singer Karen Waldrup has built an international musical launching pad one fan at a time over the past several years through live performances,  Facebook Live streams and heart-felt songs. Her unedited version of “I Hope You Dance” by the Grammy award-winning Lee Ann Womack was recorded in her living room. Fans have listened to her rendition of the song almost 10 million times and shared it more than 161,000 times.

Waldrup’s inspiration for recording Lee Ann Womack‘s “I Hope You Dance” came from a longtime supporter and passionate fan named Destiny. For her birthday, her family asked the singer to cover Destiny’s favorite song, and Waldrup performed it during one of her Facebook live streams. After the stream, she decided to cover it individually for Country Rebel.

Waldrup is in the middle of an Indiegogo campaign for her 2017 album Justified. Fans who invest in her next project will enjoy perks including a personalized birthday song and a Music City tour with Waldrup. View Karen Waldrup‘s Indiegogo campaign and all the perks.

Watch for the release of Waldrup’s song “Memphis Never Gave Up,” recorded at Memphis’ Legendary Sun Studio, later this week.

New Orleans native, entrepreneur, songwriter and singer Karen Waldrup is a musician known for her engaging performances of country music. She has spent the last few years touring the world performing thousands of shows everywhere from Napa, CA, to Dublin, Ireland.

Waldrup appeared on Bravo TV’s Platinum Hit with hosts Jewel & Kara Diaguardi and has country music featured on Bravo TV’s reality series My Fab 40. She was a contestant on Season 3 of The Voice, a Nashville Rising Star finalist in 2015 and was named a GAC Top 25 Songwriter. Waldrup has appeared on NASCAR ESPN LIVE, the NFL Experience Superbowl XLVII and hundreds of other worldwide outlets.

Watch for her newest release “Memphis Never Gave Up on Me,” recorded at Memphis’ Legendary Sun Studio, coming soon. 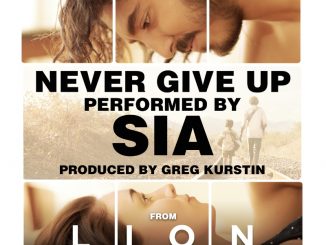 “Never Give Up”: New Song by SIA for LION Film