Hearst Television has partnered with journalist and producer Soledad O’Brien for its acclaimed political magazine program, “Matter of Fact.” The groundbreaking syndicated show, scheduled for a second season, will expand on its commitment to engage in a more inclusive dialogue with decision makers from community leaders to heads of state who are shaping the new American political landscape.

Following a successful first season initiated with its November 2015 launch, the weekly half-hour program, distributed by Sony Pictures Television and previously hosted by Fernando Espuelas, has received firm commitments for a second season on the Hearst television stations as well as stations owned by CBS, Meredith, Nexstar, E.W. Scripps, Tegna and Tribune. Among the new stations to carry “Matter of Fact with Soledad O’Brien” are FOX-owned stations in Los Angeles and Charlotte, extending the show’s reach to 75% of the country. The re-launched program with O’Brien as host will premiere September 10, 2016.

O’Brien, an Emmy and Peabody Award winning journalist, will join the Hearst Television team as anchor & producer of “Matter of Fact With Soledad O’Brien,” and adds this program to her multi-platform content model.

Production at the Newseum in Washington, D.C.

“Matter of Fact” is produced at the Newseum in Washington, D.C. Rita Hagen Aleman serves as Executive Producer, working with Senior Producer Sheila Jaskot. Aleman, a member of the National Academy of Television Arts and Sciences Silver Circle, has earned multiple Emmy awards and a USC Walter Cronkite Award for her work producing programming including a highly rated primetime newsmagazine show.

The full list of stations and show times, as well as other information and video clips, can be found at the program’s website, www.MatterofFact.tv. Twitter followers can connect with the show via @matteroffacttv.

Soledad O’Brien is an award-winning producer, journalist, documentarian, and news anchor. She is CEO of Starfish Media Group, a multi-platform media production and distribution company. O’Brien has produced non-scripted programming, several documentaries and presented live events, concert specials, and award shows on numerous platforms, including CNN, Nat Geo, HBO, NBC, MSNBC, A&E networks, and Lifetime. She reports for “HBO RealSports with Bryant Gumbel,” the PBS NewsHour, and WebMD. She is the author of two critically acclaimed books and winner of multiple Emmy awards, the George Foster Peabody Award and the Alfred I. DuPont Award. 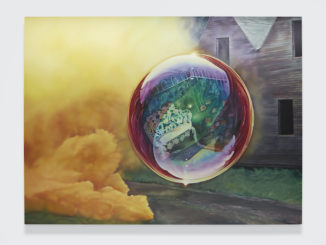 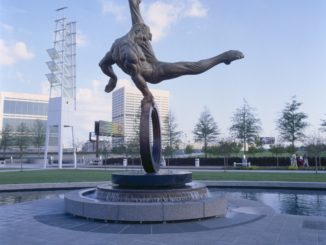