By Dr. Muna Jawhary, author of Women and False Choice: The Truth about Sexism​​

​​As a woman entrepreneur, you have already made a ​stand for yourself by
​choosing to stand up and be counted as someone ​who matters in the
​business world. You have ​overcome a major hurdle ​that many women are yet
​to overcome, and that is believing that you are as deserving of success as any man.

​Does that mean you have nothing to worry about?

​Listening to powerful women like Oprah Winfrey and Arianna Huffington who have been forthcoming about the hurdles they faced in their journey as women, I get a sense that even those women who made a stand for themselves in public life can still be caught up in the old consciousness that doubts their entitlement to leadership. Knowing human psychology, I’m not surprised because old beliefs are extremely hard to eliminate from our subconscious mind, without considerable vigilance and attention.
​
Inner Wisdom and Confidence

​​Self-doubt, self-criticism, and lack of self-belief generally are signs that you are using society’s old standards to judge yourself and your success. What you need to do instead is follow your own voice, your inner wisdom and your innate confidence, all of which are available to you in abundance if you train yourself to listen.

Listening to society’s judgment is a killer for the entrepreneurial spirit, especially for women. To begin with, society prefers conformity, and here you are trying to break into something new! More to the point and despite appearances and considerable rhetoric to the contrary, society still does not believe in women as successful business people in their own right. Nor does it believe in them as leaders in society; that privilege is still preserved to men alone.
​
Images of Women in Media

​​Just watch the images of women on billboards, on TV, and in magazines. How many of them are doing what you’re doing, and how many of them are worried about their hair color, the lines around their eyes, what to wear and how to look sexy for men? In the films that you have seen or heard about recently, how many of the women were trying to change society or start a business, and how ​​many were
​housewives or, ​worse yet, gold ​diggers? These ​images are ​extremely powerful ​in shaping women’s
​psyche and, at the ​same time, they still ​reflect how society ​still perceives ​women ​in the 21st.
​
Study Results

​​​Study after study ​has shown:

* Girls and women value their work less than boys and men, even when they produce work of equal quality.
​
* Girls and young women still stay away from maths, science and technology, out of the belief they are not as good as boys and young men. To avoid the shame of proving this negative belief about themselves, girls and young women avoid these fields altogether.
​
* Women ask for less pay than men, accept less promotion and don’t ask for a raise as much as men do, out of the hidden belief they are less competent and less entitled to success than men. If you think that as someone who owns a home business you have escaped this fate think again: Women tend to negotiate lower starting positions than men. For example, when they ask for funding, women aim lower and give in too easily in negotiations.

Generally speaking, girls and women still feel uncertain about what they deserve and uncomfortable asking for more.
​
Attitude Determines Success

​​So there you have it. If you are a woman, there is a good chance that you still undervalue your entitlements, be it to success, access to capital and other resources, support or, the biggest one of all, being a leader in your field. This is precisely what stops women entrepreneurs from taking as much risk as they need to in order to grow their business. As a result, businesses run by women remain considerably smaller and under-capitalized compared with those run by men. This is in addition to women’s belief that they should be the primary caregivers in their family.
​
Whenever you are in doubt about a major step that you think your business needs, it’s worth remembering what Henry Ford said: “Whether you think you can, or you think you can’t–you’re right.”

Dr. Muna Jawhary received her bachelor’s degree in engineering from the University of Jordan and a master of engineering from George Washington University. Later in life, she received her doctorate degree from the School of African and Oriental Studies from Cambridge. As a working mother of two and dedicated researcher, Jawhary hopes to inspire others from her writing. She currently resides in the UK with her children and enjoys blogging and coaching. 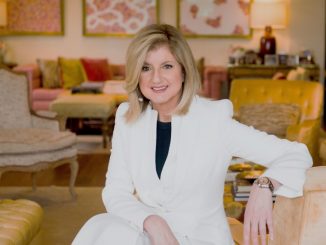